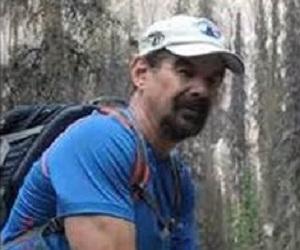 David Paulides (USA) will present his findings about missing people in National Parks and State Forests in the USA and Canada.  Some missing people have been reported to appear kilometres away from where they disappeared and in remote or inaccessible locations.  Some survive their ordeal but have no recollection of what happened to them, others are found dead.

David has two degrees from the University of San Francisco, a professional background in law enforcement and senior executive positions in the technology sector.  David is the director of The CanAm Missing Project: http://www.canammissing.com/.

In 2004 he formed the North America Bigfoot Search (NABS): http://www.nabigfootsearch.com/, where his investigative experience was invaluable in researching Bigfoot/Sasquatch sightings, encounters and behaviours.

He spent two years with the Hoopa Tribe, listening to and recording their Bigfoot stories.  The Hoopa Project, is his first book, based upon his experiences in the Bluff Creek area of Northern California.  David’s second book, Tribal Bigfoot is a step forward in Bigfoot research and allows for a common sense understanding of this elusive biped.  These two books have been called, ‘The new standard,’ for cryptozoology research.  David is the founder of the Bigfoot DNA Project.

David heads a research team that has published five books about unusual disappearances in parks, forests and mountains of the world.  These books are:

David has been interviewed on radio and television.  He is the executive producer for ‘Missing 411: The Movie’.  This is a documentary about his books and is scheduled for release in 2017.

David is also interested in disappearances that have occurred in the Blue Mountains of NSW, Australia.

Meeting entry is $25 for members and non-members.