Mariana Flynn was the President of UFO Research (NSW) Incorporated from 2011 to December 2017.

At her farewell party, in January 2018, Mariana expressed her sincere thanks for all the love and support given to her both by the committee and members during her seven years as President. She also expressed her confidence in the continued success of UFO Research.

Mariana moved from Sydney to Maleny in Queensland in early 2018 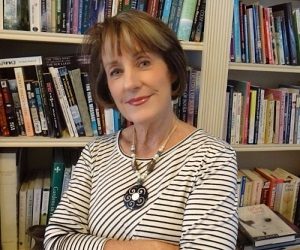