Update on the Mystery of the Nazca Mummies 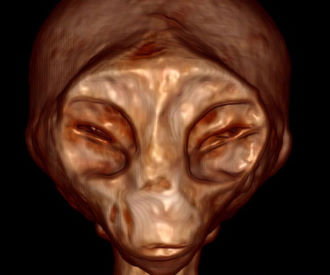 It has been a year since Flor presented us with her talk on the Nazca Mummies and not surprising, they are still causing a considerable amount of conjecture and speculation, worldwide.

The mummies were allegedly discovered near the city of Nazca in Peru, by ‘Mario’ and his friends in 2014.
They do not appear human with their elongated necks, large eye sockets and three fingers and three toes.

Flor Amanowicz, has just returned from Peru, where she has been interfacing with the scientists, involved in the case and is very keen to give us the low down into her recent research and discoveries.

We will also present some recent sighting reports and other happenings of interest from around the globe.

Hope you can join us for this important update into this fascinating continuing saga.
Everyone is also welcome to join us after the meeting for drinks (dinner) downstairs.