The No Forehead Beings 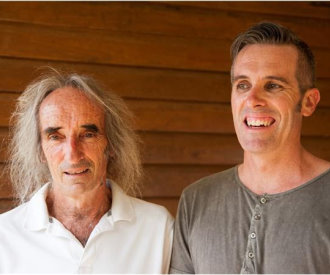 An Exclusive from Steve and Evan Strong

The No Forehead Beings

Many of you will be familiar with the popular father and son duo, Steven and Evan Strong.

Steve and Evan have been researching some very unusual skulls from around Australia. They coined these skulls ‘No Forehead Beings’ due to the lack of a forehead. The skulls also have an elongated head and very large eye sockets. Having had a reconstruction made they are now ready to have it displayed publicly.

This is the first time the reconstructed skull will be on display publicly.
A rare and exceptional opportunity you will not want to miss.

In their own words:

The skulls we are researching throughout Australia are utterly unique, even the government officials have stopped fighting our research as they know, with the full reconstruction of a skull complete, this is no less than a new species. They claim they are actively helping, but we will see.
We will go even further, and say it is so unlike any hominid or sapien the skull  has to be non-terrestrial.

Steve and Evan will also showcase a ring discovered at Hill End by a gold prospector.
Again in their words:
Using the same degree of rigor in our science, we also believe we have the only absolute proof of Atlantis with an orichalcum ring with Atlantian markings.

And to summarise
What is common with these examples of Australian archaeology, and others we will present at the June meeting, is none of it fits into any mainstream account of our past ancestry – which we believe to be partly Pleiadian.
Both the skulls and ring are of global significance.

BIO
Steve is an Australian researcher, author and former high school teacher with a background in archaeology. He was involved in the formation of a Graduate Diploma of Aboriginal Education for the NSW Department of Education, writing units on Traditional Law and Contemporary History. He also co-authored the highly successful “Aboriginal Australia: A Language and Cultural kit” and has written over a dozen articles on Original history and lore for the National Indigenous Times, with articles also appearing in New Dawn and Nexus magazines.

Evan Strong is a researcher, historian and author with a Bachelor degree in the Social Sciences, majoring in psychology and archaeology/anthropology.

Together they have co-authored five books: Constructing a New World Map, Mary Magdalene’s Dreaming, Forgotten Origin, Out of Australia and their latest publication Between a Rock and a Hard Place.
Steven and Evan Strong challenge the ‘Out-of-Africa’ theory. Based on fresh examination of both the DNA and archeological evidence, they conclude that modern humans originated from Australia, not Africa.

Having had almost 30 years of contact, primarily with the Gumilaroi people (which also included consultations with many Original Elders) it is Steve and Evan’s mission to reveal the ancient story of the Original people – a narrative that was almost lost to aggressive European colonisation.

Everyone is welcome to join Steve and Evan, along with the committee and other members, after the meeting for drinks downstairs.
Hope you can join us for this very special presentation.