The Mystery of the Nazca Mummies 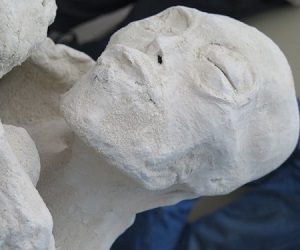 The mummified bodies from Nazca are proving to be a mystery and they are causing worldwide controversy.  They were allegedly discovered near the city of Nazca in Peru, by ‘Mario’ and his friends in 2014.

The mummies do not appear human with their elongated necks, large eye sockets and three fingers and three toes.

While in Peru, Flor helped as an interpreter for a UK investigative team headed by Steve Mera and Barry Fitzgerald.  Steve and Barry are now working on producing a documentary on the mummies.

Flor is ready to share her exciting experiences and give us an intriguing insight into what is going on.

The Club is near to Burwood Railway Station.

There is $4 parking at the Wilson car park directly behind the club.