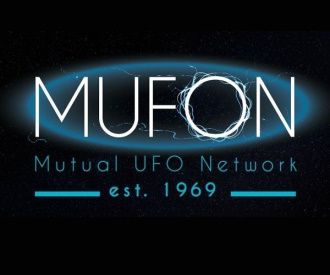 We are pleased to have, as our guest speaker in July, Roger Stankovic, National Director of MUFON for Australia and New Zealand.

Roger will start his talk about his interest in ufology (including a sighting as a teenager) and how it lead him to his current position. He will also briefly mention the history of MUFON and how it operates today.

However, the bulk of his talk will focus on most interesting cases reported to MUFON, with an emphasis on Australia and New Zealand. Here is a sneak preview into just some of the cases Roger will be discussing:

Footage of a UFO in Adelaide and why MUFON concluded it to be an ‘unknown’.
The Beaver Lake incident Idaho, Minnesota. This witness had top secret security clearance at Capitol Hill and had worked with Robert Kennedy. She and her daughter saw a massive UFO hover over a nearby lake. It then took off and landed over the mountain range and they went to investigate. The sighting was reported to the National UFO reporting Center and had military involvement.
A UFO crash in South Australia? A witness reported seeing (with his brother) a UFO that zig zagged, as being chased by another UFO. One of the UFO’s was reported as crashing into a tree on a property in Stirling South Australia.
A UFO sighting that happened near the Alcoa Point at the Henry Aluminum Smelter in Geelong, Victoria in October 1978. Possibly only a few days before the Frederick Valentich disappearance over Bass Strait – was there a link between this sighting and the Frederick Valentich case?
A possible UFO landing site. Witness reported a low-flying UFO in early hours of the morning. A few days later he found a patch of grass that resembled a UFO landing site about a kilometer away from his property.
A recent video of a UFO filmed during thunderstorm, in Mooney Valley, Victoria, which has MUFON baffled.

Other cases known to MUFON.

Cattle mutilation cases in the northern NSW town, Casino. An old video will be shown and also the re interviewing of the witnesses. Roger will discuss an interview with a veterinarian, regarding the possible causes of death. Could a human have done it? What the vet said may point to possible ET intervention.
The highly strange incident of a flying object hitting a car and killing the driver in the South Island of New Zealand. The object was described as circular according to an autopsy report, due to the bruising of victim. No object was ever found, after an extensive search by police. Survivors of the crash told how the object hit windscreen, flew around the inside of car and then exited through back window! This incident is very similar to another that occurred in Minnesota – The Val Johnson incident – a video will be shown.
A cattle mutilation case near Mackay in North QLD. The cattle were terrorized by something and found in the wrong paddock the next morning. The cattle displayed evidence of classic cattle mutilations as often seen in the US. Photo’s will be shown and information shared from the interview Roger did with the farmer.

This is an unique opportunity to closely examine some extraordinary and formidable UFO cases.
It will be a captivating afternoon and we are looking forward to this one.
Hope to see you there …