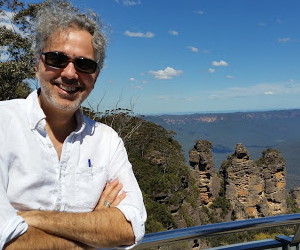 This is Richard Dolan’s second presentation in Australia, for our association, the first being on the 5 November 2016.

Richard is a world renowned UFO researcher, historian and author.  He has been featured on Ancient Aliens, Hangar One, and as a guest, on Coast to Coast (USA).  Richard believes that UFOs are a global reality affecting nations and people everywhere.

The two topics that Richard will speak on are:

Ancient Aliens
Richard reveals the evidence that humanity has been visited by UFOs, since ancient times.  The conventional history of at least some ancient archaeological sites can be challenged.  There are some genuine mysteries in our past.

False Flags
It is ironic that governments around the world are cracking down against so-called, ‘fake news’ when some of them have created narratives for decades, in the form of false flags.  A false flag is a dramatic and usually traumatic action, usually taken by a government or intelligence agency, that is then blamed on some other person or group.

In the world of false flags, there is a king and that is the United States of America (USA).  False flags are perpetrated by other nations, that are usually USA allies.  Richard will explain why they are such an important component to our world today.

Entry is $55 for members and non-members, at door and for pre-booking.  No credit card payments at door since we don’t have an EFPOS facility.

Alternatively, pay with the following credit cards: Visa, MasterCard and American Express, by clicking the, Pay with a Card button, on the PayPal account login screen.

Following payment confirmation you will receive an email that includes the receipt.

The presentation commences at noon and concludes at 4.30 pm.