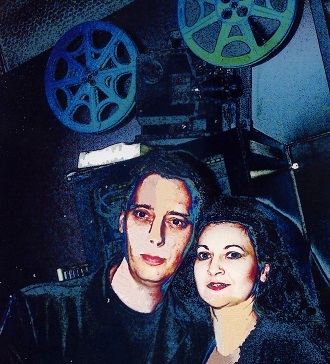 Jaimie and Aspasia Leonarder will present an afternoon of discussion and videos titled, ‘UFOs In and Out of the Media’.

The husband and wife team, Forteans and curators of the ‘The Mu Meson Archives’ will dig deep into the field of Ufology, to present a series of rare documentaries and discuss their involvement in researching the UFO topic.  Their archives contain many rare films, one of them is a 1972 ABC documentary produced and narrated by Roger Climpson, called ‘UFO Fact or Fiction’.  It is a rare time capsule of Australian Ufology concentrating on reports from Sydney and will be shown in its entirety.

In the early 1990s, Jaimie produced and narrated an award winning UFO radio program for the ABC titled, ‘To Catch a Flying Star’.  We will go behind the scenes to hear stories related to researching this program and what happened during the time spent on the Nullarbor Plain, interviewing witnesses and listening to news reports found in radio archives in Australia.

In 1995 Jaimie was invited to be head researcher on a television pilot called ‘Conspiracy’ and had the opportunity to interview Bob Lazar on the Area 51 saga.  Candid and revealing moments from that shoot will be discussed alongside excerpts.

A selection of trailers and news items pertaining to the UFO topic in the 21 century will be explored.  We are in the midst of a boom in television programming dealing with UFO related material.  With so much on offer, this could help in navigating through the noise and disinformation.  With its vast budgets, television could just be the ultimate arena for disclosure.

Jaimie and Aspasia have working in the UFO field to inform and have produced media events involving UFO organisations in Australia.  Jaimie recently introduced the premiere of Don Meers’, ‘Australien Skies’ documentary at the Chauvel Cinema in Paddington NSW, Australia and has been a host of the SBS Television, ‘The Movie Show’.  Aspasia was one of the hosts of FBI radio ‘The Naked City’ and is renowned for her work for the intellectually disabled.

There is parking for $4 at the Wilson car park directly behind the club. The Club is near to Burwood station.