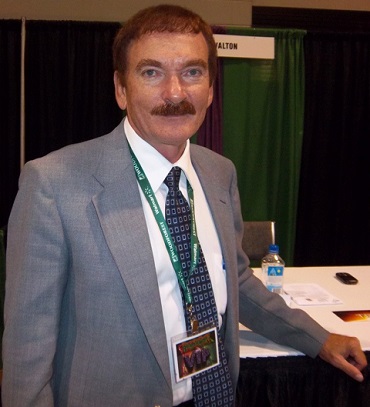 Travis Walton is the American logger who had a close encounter with an UFO in 1975 in the Apache- Sitgreaves Mountains of Arizona.  He and his crew of six were just finishing their work clearing the underbrush when they saw a bright light in the forest.  They went to investigate, fearing it might be fire and witnessed a UFO hovering low.  Travis decided to approach it to get a clearer view and in the process was hit by a blue beam in his chest.  He was seriously injured and the UFO picked him up.  He claims he spent five days with the humanoid beings, who healed him and then returned him to the road near the town of Heber.  There was a media frenzy due to his disappearance and for years afterwards the sceptics, police, military and media debunked and ridiculed the event.  In spite of numerous polygraph tests, that all passed, the ridicule continued.  Travis’s book, Fire in the Sky, about his encounter, was made into a film with the same name.

On Sunday, 24 May 2015 the Association sponsored a dinner in honour of Travis Walton (courtesy of Alex Cayas and Paracon) at the Carrington Hotel in Katoomba.  It was attended by 30 people and for several hours Travis answered questions and explained his experience.  Michael Ney, a digital media producer and film maker, filmed the event and we will be showing some of this film at the meeting.

A new documentary produced by Jennifer Stein from OnWinges Productions (USA), titled; Travis – The True Story of Travis Walton will also be screened at the meeting, see https://onwingesproductions.com/press-release/  This film had its premiere at the International UFO Congress in Arizona, USA in February 2015 and won an EBE award.  In this film, archival evidence of interviews is shown as well as statements by surviving witnesses.

The story of Travis Walton is one of the most credible and extraordinary close encounters in UFO history and Travis has stuck to his story for forty years.

On the 5 November 2015 there will be a Travis Walton 40th year UFO conference in Heber, Arizona, USA, see http://www.skyfiresummit.com/.  The conference attendees will visit with Travis the location of his experiences and include a night sky watch at the same location.

Meeting entry is $15 for members and $20 non-members.  Fee all day parking is provided at the club.