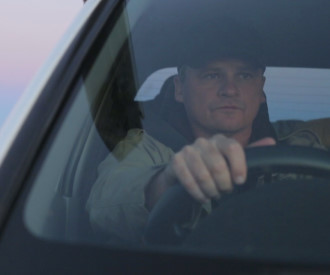 DON MEERS is an Australian Documentary film maker, who is part of an emerging group of artists, creating paranormal content for the world stage.

His productions have appeared on numerous platforms, such as Netflix, ABC, National Geographic, iTunes, Amazon and Hulu.
The titles include the critically acclaimed ‘Australien Skies’ series (Netflix Worldwide), The Paranoids (National Geographic), The Spirit Level (ROKUTV- US)

From hunting UFOs and ghosts to being chased by yowies, Don’s films have covered a large expanse of the paranormal vista.

With stunning road trip cinematography and eclectic soundtracks, his films offer the outside world a unique glimpse into the Australian paranormal landscape and psyche.

His latest production ‘Search For The Min Min’ took Don to the desolate Outback in
search of a piece of Australian folklore, the legendary Min Min Light of Australia.

According to folklore, the lights sometimes follow or approach people and disappear when fired upon, sometimes very rapidly, only to reappear later on and anyone who chases the lights and catches them may never return to tell the tale.

Don has many of his own tales to tell and will also show a sneak preview of his latest film  ….. maybe come along, and decide for yourself, what these mysterious,unexplained lights could be. 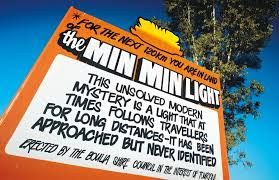 Looking forward to seeing you all,
Kind regards
Maree, Jaimie, Aspasia and Paul.