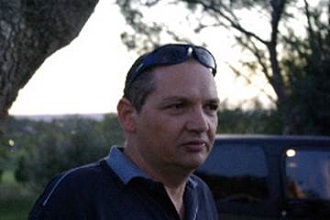 The agenda for the Association’s AGM will be a welcome address by the president, Mariana Flynn and presentation of her President’s and Secretary’s report.  Minutes of the 2014 AGM will be confirmed and adopted followed by the Treasurer’s 2014/2015 financial report.

Current committee members will vacate their positions followed by voting by members for appointment of the 2015/2016 committee and executive positions, followed by general business.

Following the AGM an open forum will be conducted to invite discussions on UFO related topics.  If you have images to show, please bring on a memory stick so we can display.

Dominic McNamara will give a presentation on events that have changed people’s minds about extreme possibilities.  Dominic is the Secretary of the UFO & Paranormal Research Society of Australia (UFOPRSA).  Originally from Adelaide, South Australia, Dominic is one of the names behind the Disclosure Australia Project investigating government documents on UFO phenomenon.

Dominic and Keith Basterfield formed Disclosure Australia and sourced documents on UFOs that are not readily available to the public.  This four year project examined 1500 reports.  Dominic is interested in testimony containing reports of inexplicable events, psychic ability or UFO sightings.  He is also part of two projects to disseminate video recreations of the events investigated in the reports.  Dominic is the technical inquisitor of every excursion covered by UFOPRSA and procures the equipment and is developing the next generation of night vision viewing.  Dominic is interested in speaking to anyone who wishes to report an unusual event and UFOPRSA have a reporting system on their website http://www.ufosociety.net.au.

Please note that the entry to this meeting is free.