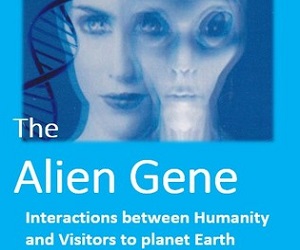 Moira has been involved with BUFORA, UFORA and ACUFOS.  She founded and coordinates INUFOR, in addition to being a MUFON (USA) field investigator.  Moira co-founded our association in 1991 and is a life member.  She co-authored, The Gosford Files and is the author of, Contact Downunder.

Moira was born in Britain and has spent decades researching and maintaining contact with generations of the same families who have had ET contact.  In her new book, Alien Gene she focuses on humanoid ET contact.  Some of the cases in the book include genetic manipulation, telepathic communication and psychic abilities of contactees.  The humanoids are claimed to convey the same message, that we must improve how we care for our planet and co-exist peacefully with one another.  The humanoids are claimed to have infiltrated our society and live amongst us, undetected.

Moira has been awarded the National Medal with Bar and a Ministerial Commendation.  She is also active in the area of human rights and animal welfare and is Senior Vice-President of Hearts for Animals.

Moira’s books will be on sale at the meeting, prices are:

Meeting entry is $15 for members and $20 for non-members.
The Club is near to Burwood Railway Station.
There is $4 parking at the Wilson car park directly behind the club.