Mary will explore how Ufology has needed to expand its mandate to accept the evidence of multidimensionality as part of close encounters.  Mary will also discuss the Foundation for the Research into Extra-terrestrial Encounters (FREE) survey results.

Cases of ET Encounters and how the multi-dimensional nature of contact has links with experiencers, their recall of past lives, NDEs, OBEs and shamanic experiences.

Mary will also cover accounts of children who consciously recall their past lives and their reason for coming to Earth; their links to other planets and their understanding of objects they have seen on space craft and on other planets in a past incarnation.

Mary will discuss her second book, The New Human – Awakening to our Cosmic Heritage due for release this year.

This lecture is followed by a Workshop on the 5 June 2016 at the same venue.

Mary Rodwell is a professional counsellor, hypnotherapist, researcher, metaphysician, and founder and principal of ACERN (Australian Close Encounter Resource Network).  She is internationally known for her work with ET experiencers and star children.  She offers regressions and support for contactees and has organised a buddy system to help those who have had close encounters.  Mary has spoken at conferences in Australia, USA, UK, Scandinavia, Hawaii and New Zealand.  She is a regular guest on international radio and online shows and writes article for international publications like the UFO Truth Magazine.  Mary is co-founder of FREE, a non-profit organisation aimed at researching close encounters.

She is the author of, Awakening – How extra-terrestrial contact can transform your life.  Mary is working on her second book, The New Human, due for release this year.

This lecture is followed by a workshop on the 5 June 2016 at the same venue. 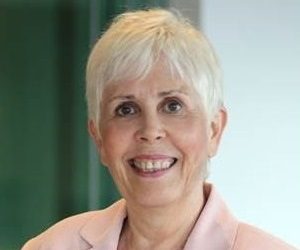