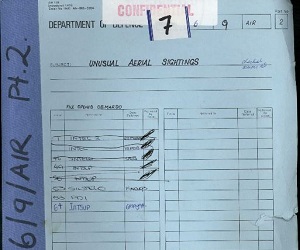 This interactive workshop will cover why UFO groups collect sightings; what they do with them and the use of instrumented detection systems.

Participants will be introduced to the sighting investigation tools which Keith uses; the Webtrak secondary radar system; weather data available from the Bureau of Meteorology; sources of astronomical data and local media.

Keith will facilitate a discussion on investigating complex cases.  He also will provide details on the 2014 Perth passenger aircraft near miss with an unknown object, and how he and Paul Dean carried out the investigation

Details on his investigations of Australian abduction experiences, with a particular emphasis on eliminating potential psychological perspectives and searching deeper for answers to why these experiences are occurring.

Finally, Keith will discuss his current research programs and propose some directions for future Australian research.

The workshop will look to encourage participants to engage each other in discussions in all the above areas.

Keith has been involved in UFO research since 1968 while living in the UK.  He continued this interest when he relocated to Australia.  He was MUFON continental co-ordinator for Australia and New Zealand for a number of years until he stepped down in 1998.

He facilitated the national level Abduction Study Centre and is a member of the state level UFO Research South Australia.  Over the years he has been an investigator for the US based APRO (Aerial Phenomena Research Organisation) and has worked on material for the J Allen Hynek Centre for UFO Studies in the USA.

His research and findings have been widely published in prestigious journals and magazines.  Keith is a featured speaker at UFO conferences and is sought after by the media for comment on Australian and  international UFO events.

Trained in the Social Sciences, Keith has applied the rigours of the scientific methods to the UFO phenomenon.   He published reports in a book in 1981 titled, Close Encounters of an Australian Kind, and a revised version appeared in 1997 titled, UFOs: A report on Australian Encounters.

Keith initiated Project Newsprint, an Australia wide data base of UFO sighting and close encounter reports.  He has a regular blog in which he reports his findings.

There is an introductory presentation by Keith on the 2 July 2016 at the same venue.

Meeting entry is $20 for members and $25 for non-members.