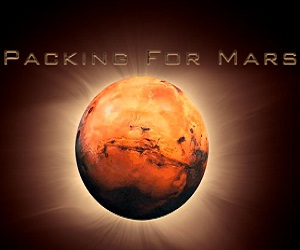 Sydney Film Premiere of, Packing for Mars, the 2016 Peoples Choice winner at the International UFO Congress.

Is NASA’s, mission to Mars, a disinformation campaign to cover-up the truth that a breakaway civilization is already on the planet?

This film is inspired by a 1970s science fiction novel, Alternative 3, one man, armed with nothing but a camera and an open mind, sets forth on a journey to reveal the truth.

An elite group is said to be secretly building an exclusive off-world survival colony on planet Mars.  Credible individuals have emerged claiming to have been to Mars; recruits including the great granddaughter of an American President.

The Executive Producer, James L Steward will introduce the film.