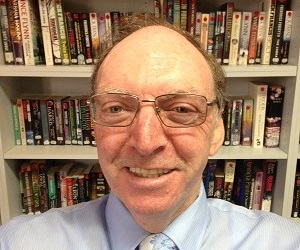 This talk is titled, UFOS-An Anfractuous Phenomenon, will explore the approaches which world governments have taken to research the phenomenon, and will include the following sighting cases:

Keith will also discuss the approach taken by science to UFOs; and that of civilian UFO research groups. Cases briefly mentioned will include the 2006 O’Hare Chicago sighting, and the 2007 English Channel observation.

Secondly, the talk will take a deeper look at the approach taken by the RAAF, and Australian civilian UFO research groups. Cases briefly mentioned will include the Kimba, SA multiple witness observation of a humanoid; the Zanthus, WA aircraft encounter; the Mundrabilla, WA car lifted by UFO case; and the 2014 Perth near miss between an aircraft and an unknown object.

Finally, Keith will be making some recommendations for future Australian research into the phenomenon.

Keith has been involved in UFO research since 1968 while living in the UK.  He continued this interest when he relocated to Australia.  He was MUFON continental co-ordinator for Australia and New Zealand for a number of years until he stepped down in 1998.

He facilitated the national level Abduction Study Centre and is a member of the state level UFO Research South Australia.  Over the years he has been an investigator for the US based APRO ( Aerial Phenomena Research Organisation) and has worked on material for the J Allen Hynek Centre for UFO Studies in the US.

His research and findings have been widely published in prestigious journals and magazines.  Keith is a featured speaker at UFO conferences and is sought after by the media for comment on Australian and  international UFO events.

Trained in the Social Sciences, Keith has applied the rigours of the scientific methods to the UFO phenomenon.   He published reports in a book in 1981 titled, Close Encounters of an Australian Kind, and a revised version appeared in 1997 titled, UFOs: A report on Australian Encounters.

Keith initiated Project Newsprint, an Australia wide data base of UFO sighting and close encounter reports.  He has a regular blog in which he reports his findings.

There is an in depth workshop hosted by Keith on the 3 July 2016 at the same venue.

Our second speaker is Moira McGhee.

Moira is active in the area of human rights and animal welfare and is co-founder and Senior Vice-President of Hearts for Animals.  While studying law and counter-disaster management, she gained the National Medal and Bar, a Ministerial Commendation and other recognition, and has always maintained an interest in science and astronomy.

Moira has been involved with BUFORA, UFORA and ACUFOS, has founded and still coordinates INUFOR.  She is a MUFON Field Investigator, and has been the MUFON (New South Wales) State Director.  She co-founded UFO Research (NSW), that later become UFO Research (NSW) Incorporated, and remains a life member.

Moira co-authored, The Gosford Files in 1996, and has published twenty-five INUFOR Digests.

Her new book, Contact Down Under, provides a wide-ranging review of UFOs and related phenomena reported in Australasia and the Western Pacific (Papua New Guinea, Solomon Islands, Fiji, and New Zealand).

Moira will talk about some of the UFO reports in her new book.  This book will be on sale at the meeting for $40.